Is Claremont really Pride friendly? Depends who you ask (podcast) Part two of two
After Claremont resident Abbie Moore had a Pride flag stolen from her home in June, she posted about the incident on social media to alert the community. Usually a private person, Ms. Moore said she wrote about her situation on the Facebook group Claremont Connects not only because she was ‘rattled’ but also because she wanted to know if other neighbors had experienced something similar.

So after the family’s pride flag was stolen, it was only a matter of time before Ms. Moore began to question the community’s attitude toward LGBTQ+ people.

“It was sort of text messages…happening first and then the flag being stolen. All these things that made me feel like ‘Wow, is my community not who I think it is? Am I actually living in a more dangerous place for people who are different than I thought?’”

But when her story gained attention on Claremont Connects, instead of being met with other hateful stories in the comments, Ms. Moore said the responses reminded her of “the best of Claremont.”

“I was so overwhelmed by the warmth and generosity and just the absolute support by my neighbors. This is why I love living in this little town because I feel like it is such a community. I know that night, going to bed by myself with my family out of town knowing that someone had stolen my flag and come close to my house, I felt like I was going to sleep with 300 people watching over me,” Ms. Moore said. “I just have this feeling that this is still a really good place.”
Ms. Moore’s story generated so much support that other residents began flying Pride flags to support her and the community. Claremont resident Juli Lloyd said the community came together after the incident, purchased Pride flags through an online flag maker, and has since resold about 200 flags to other residents.

But Jessica MacLachlin, a parent of a child who was nearly assaulted at the Claremont Village on June 11, did not share in the same small-town sentiments as Ms. Moore. In the first part of this story, Ms. MacLachlin explained that her child was scared to walk around the downtown area after being involved in an altercation with another group of minors during which one of their friends got hurt.

The parent of the child who was hurt during the incident, and who wanted to remain anonymous for his child’s protection, said that since then his daughter has to go through an interview-style process before getting a green or red light to go out. He explained that for much of the summer, his daughter was also too scared to go out anywhere. The concerned parent also expressed that the whole incident and subsequent police investigation left him disappointed in the community where he has lived for 14 years and to which he has devoted his time.

“I think we need to take these two incidents [Ms. Moore’s stolen pride flag and the Village altercation] that happened, interestingly enough, during pride month and really put awareness out that we need to make sure we’re advocating for people who need to be advocated for,” Ms. MacLachlin said.

June is known as Pride Month and is celebrated throughout the United States in solidarity with the LGBTQ+ community. Yet as described in part one, three crimes aimed at the marginalized community occurred in Claremont, challenging the notion that the city is accepting of everyone.

During the June 22 city council meeting, Councilmember Ed Reece commented on two of the alleged crimes and said neither incident should force any marginalized people into hiding.
“Whether you’re a member of the LGBTQ community or Black and brown community, or a combination like myself…I believe my colleagues will stand beside you and in front of you if necessary because this community is one that I fell in love with 20 plus years ago because I felt safe. So, when I hear there’s members of the community that have been disparaged…let me tell you I’m here to support you and I believe this council is as well,” Councilmember Reece said.

Other councilmembers, including Mayor Jennifer Stark, echoed their support of the LGBTQ+ community with each emphasizing the message that the community is welcomed in the city.

Two weeks after the meeting, the COURIER spoke with Mr. Reece, who is not only a councilmember but also a member of the LGBTQ+ community that has lived in Claremont for nearly half of his life. He emphasized that he believes Claremont is and always has been “very accepting” and “very friendly” toward him and the LGBTQ+ community. “I believe that based on my own experience.”

Since his move to the city from Upland at age 22, Councilmember Reece has lived a pretty normal life. As a gay man, he said he’s never experienced any form of discrimination solely because of his sexual orientation during his residency, even while on council. Not only has he never had a negative experience, but he also said he actually receives ample support.

“[Citizens] appreciated that I was willing to put myself out there and be transparent with the community and really run on a platform that help[s] the community,” he said.

When asked if these crimes reflected Claremont, Councilmember Reece explained, “Any crime against a specific group should not be accepted and should not be considered a norm…I don’t have any information that tells me that these incidents were perpetrated by Claremont residents.

At this point, I’m not going to allow these incidents to reflect on the entirety of the community as I have interactions with the community all the time and our community is way better than this.”
Though the incidents sent a negative message about Claremont’s stance toward LGBTQ+ people, Councilmember Reece stood firm on his position that the city is and accurately paints itself as nothing short of accepting of all marginalized communities. When asked if other members of the LGBTQ+ community can live in Claremont and feel the way Councilmember Reece does, he replied immediately, “absolutely.”

“I find that Claremont…at its core are accepting of all people and I think that it’s an amazing place which is why I wanted to live in Claremont,” he said. “Claremont is really a place that is progressive in that way [toward the LGBTQ+ community] to be open and accepting of all.”

Councilmember Reece admitted that if incidents like these do come up again, the residents will come together like they usually do to talk about how similar conflicts can be avoided. He explained that conflict usually stems from “a misunderstanding and a…lack of information.”

Discussing whether Claremont has matured over the years in terms of LGBTQ+ acceptance, Councilmember Reece described it as an on-going cultural evolution that includes all communities, residents and one-time visitors; including the LGBTQ+ community.

Councilmember Reece concluded with the following. “Any crimes against the LGBTQ+ community are unacceptable. And this police department and this city council are in full support of the [LGBTQ+] community.”

“The June 11 incident occurred off campus, between an El Roble student the other student attended a different school district. The parents of the El Roble student, reported it to the Claremont Police Department. I checked with the El Roble administrators and there was no report of a student begin bullied at school for having Pride memorabilia.” 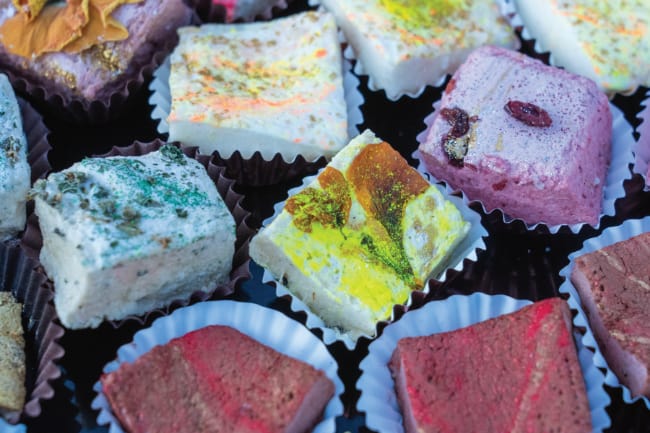