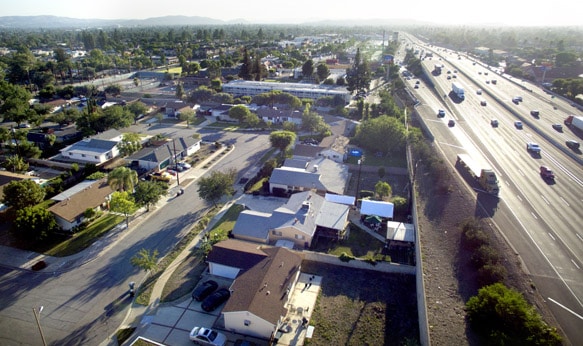 The frenetic Claremont housing market continues to strain the budgets of would-be home buyers as year over year price gains exceed 20% this summer.

Ryan Zimmerman, broker associate with Wheeler Steffen Sotheby’s International Realty told, the COURIER in April that the first three months of 2021 were the craziest the Claremont housing market has ever seen.

“The second quarter was even stronger than the first,” Mr. Zimmerman said on Wednesday, adding that any home that is attractive and well priced receives multiple offers and sells for substantially above asking price.

“If you thought Q1 was crazy, Q2 kept the trend going. Prices continued to rise over Q1 while the number of homes sold in Q2 jumped to 127—a nearly 70% increase in sales compared with the same period last year. The biggest jump came in the 30% increase in prices. There are now just as many homes selling above $800,000 as there are below, with an average sale price of $906,756,” Mr. Zimmerman wrote in his quarterly real estate roundup published recently by the COURIER.

As of Tuesday, there were 31 homes listed for sale in Claremont via a popular website which gives the public access to the local multiple listing service. Nineteen of these homes, including condominiums and townhomes, were priced less than $1 million, but only eight were less than the median price reported in June. The least expensive single family residence was $650,000 for a three-bedroom, two-bath, 1,434-square-foot house on Piedmont Avenue, according to Redfin.com. The most expensive was a $3,980,000  six-bedroom, eight-bath, 7,448-square-foot home in the 1000 block of East Pomello Drive.

Mr. Zimmerman said the Piedmont Avenue home is somewhat of an outlier because one can not realistically find a single family home under $700,000. Even houses less that 1,500 square feet can sell in the $800,000 range depending on location.
To be able to afford the $860,000 median-priced Claremont home, a buyer with a conventional 30-year loan at 2.75% interest would need $172,000 down and would pay $3,850 per month including principal, interest, property taxes and homeowners insurance.

A combination of low interest rates and scarce inventory created an environment with “too much money chasing too few homes.” This supply and demand balance problem exists nationwide but is particularly acute here in California, where communities have for decades failed to build enough homes. In response, state housing authorities are stepping up pressure on all California cities to do their part in creating more housing, both through legislation and via the periodic Regional Housing Need Assessment (RHNA). Later this fall Claremont will be updating its housing element and must show a plan under RHNA to create 1,707 homes, of which 553 need to be very low income, 308 low income and 296 moderate income units.According to Freddie Mac, there will be a gap, or undersupply, of 4.35 million homes nationwide by 2022, and every year the gap widens by 370,000 homes.

“With an onslaught of investors, millennial first-time buyers and others trying to find their dream home, demand has never been higher. Simultaneously, the available inventory in the market today—or number of homes available for sale—is very low.
That’s resulted in homes selling far over asking—all within a matter of days of the listing being posted. This lack of supply and demand balance has caused prices to skyrocket,” according to Rhea Turakhia of the real estate data firm CoreLogic
Would-be homebuyers aren’t the only ones feeling the pain, with the cost of renting a home increasing at the fastest pace in over a decade. In June single family rent growth reached 7.5% nationwide, its highest level since 2005. There was a slight dip last year but that has been completely erased by the current pace of price jumps. In fact, rent growth continued to exceed pre-pandemic rates across all price tiers in June, the third month in a row.

The biggest jump was in the cost of renting higher priced homes, defined as 125% of the regional median, which was up 9.6%. This is noteworthy because the luxury rental market had suffered significantly during the pandemic particularly in large cities. In the Los Angeles, Long Beach, Glendale region the average rent increase for a SFR was 5.4% for a median of $3,048.

“Hot housing market conditions have exacerbated the challenges of finding affordable rental properties for some consumers. According to a recent CoreLogic survey, 85% of consumers searching for a home said they prefer single-family homes. However, for-sale inventory remains in short supply as construction continues to lag. Not only is this keeping many would-be buyers on the hunt for single-family rentals, but it’s also contributing to the dwindling availability and increasing prices of these properties,” according to a news release from CoreLogic.

“In the rental market there is still nothing to choose from and for some people it’s a desperate situation,” Mr. Zimmerman said.

Any time he has a rental house listing his phone rings constantly. Prospective renters offer the landlord additional premiums like increasing the deposit or offering to meet with the owner in person to make their plea. Many of those seeking a rental have been displaced by a landlord seeking to cash out in this hot market.

“It’s a scary time to be a renter right now and you can’t always control when you move. Sometimes you are forced,” Mr. Zimmerman said.

While some economists predict an ease in demand as inflation drives up interest rates and the cost of borrowing money, so far, that has not materialized. In Claremont, Mr. Zimmerman believes that the super hot market will continue, at least for now.
“I don’t see the multiple offer situation ending any time soon,” he said.